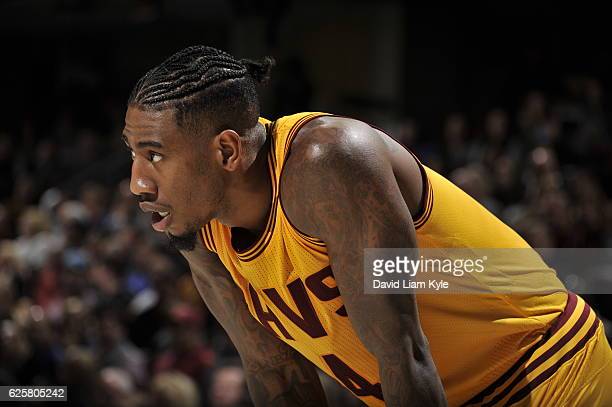 Iman Shumpert is a Jew who loves the Hebrew language and its songs. He’s a singer, songwriter and composer by trade. Iman lives in New York with his wife and their two dogs. He’s also an accomplished dancer. He plays the piano, guitar, and keyboard instruments, but his true love is music production. That’s why he started writing and producing music at the age of 15. Music has been playing an important part in his life ever since he was a child; it’s how he expresses himself and makes sense of his world. It also helps him relax when he’s stressed out at work or home. Iman studied piano from an early age to help him relax before diving into creating original music when he was 16 years old. His interest in listening to different kinds of music soon developed into a passion for producing it himself – which is how he began writing and recording songs at age 17.

A singer, songwriter, and producer by trade; a man of many trades!

Shumpert studied piano as a child and later studied at the University of Southern California with professor Efrem Montreal, where he earned a B.M. in Performance and Choral Conducting. Shumpert’s academic training, however, was far from academic. He attributes his interest in music to his religious beliefs and the stories connected to the Hebrew and Judeo-Christian cultures that inform our faiths.

Jewish and Jewish-American heritage; his journey from secular to religious life

Growing up in New York City, Shumpert was very interested in music – especially the traditions and instruments associated with Jewish culture. He recalls listening to his father’s old 78rpm records, which featured spiritual and religious songs from around the world. As a teenager, Shumpert began to study traditional Jewish music, including the Mishnah and Talmud, and to learn the instrument havdalah, which is similar to the lute but played using a thumb and index finger. He also studied bel canto and lyric arias, which introduced him to the beauty of classical music.

Grew up in New York City; moving to Los Angeles after graduating from The Juilliard School

After moving to New York City at the age of 20, Shumpert started his formal music education at the Juilliard School. He graduated in 2006 with a degree in music composition and participated in the advanced study with Alon Haimanoff, who is widely recognized as one of the leading light engineers in contemporary music.

Music production and the joys of working with amazing musicians

Shumpert has had the opportunity to work with some of the best musicians in contemporary music and to create original music of all kinds. Among the more than 35 albums he has produced to date are albums by Adi Hasak, Shlomi Korin, Daniel Litvak, and Dror Barabaniy, as well as the recent release “House of Shakshak.”

Working with musical directors like Efrem Dontrea and Alon Haimanoff

As a producer, Shumpert has worked with some of the leading lights in contemporary Jewish music. As an arranger, he has worked on tracks for several renowned artists, including the albums “Breathe” by Ari Hoenig and “Hallelujah” by Ari Hoenig, as well as the song “Wherever You Will Go” by Yael Naim, which was selected as a Torah study book for a class at the Beit Midrash of Holon in New York City.

Anyone can produce music – but only the best are recognized!

That’s what happened when Shumpert’s music was selected as the winning entry in the 2015 Barenaked Jews Festival’s Canadian Music Video Competition. The video, which won the coveted Grand Prize, featured scenes of Shumpert and his family enjoying yummy Jewish treats while they reflect on the meaning of life and the Jewish experience. As he said in his acceptance speech, “This contest is a showcase for all the best Jewish music videos and the Grand Prize-winning video was one of the highlights of the festival for me!”

Where did you get your start in music production? I started production as a hobby in high school, while also pursuing a degree in piano performance. My first foray into video production was for a play that I was in. Afterward, I started working on audio-visual content for a synagogue and community center in my hometown of White Plains, NY. What is your process for creating original music? I work with a variety of musicians to create music of various genres, including electronic, pop, and rock. We record songs together, and then I write the music and produce the tracks. What are your plans? I want to keep creating original music and collaborating with leading lights in contemporary music. I also have a few record deals in the works, so stay tuned!